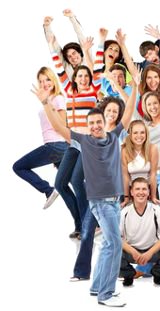 I admit it - I'm a big lottery fan. Guilty as charged. (I'm also a huge syndicate fan but we'll get to that in a minute...)

Like most of us, I barely won a thing for years. Matching 3 balls from 6 was the most exciting thing ever - even though it barely paid the cost of next weeks ticket :-)

Which is when my quest for knowledge began!

If you've spent any time searching for the 'secret to beating the lottery' (be honest now!), you'll already know how much junk there is out there.

I mean, come on, if those crazy lottery systems really worked, why would they be selling them to us! They'd already be millionaires, not trying to pay the bills by flogging bad advice to anyone they can convince to buy it.

I have. I've seen them all. Every crazy system, book and software program. Nearly all of them just rehash the same old ideas.

Most of them are even factually wrong!

(Now that is depressing - paying good money for bad advice that might even hurt your chances!)

Can You Pick Better Lottery Numbers?

Let me tell you right here. There is NO method that can pick numbers that have a better chance of winning. There isn't. It does NOT exist.

You can spend an awful lot of money finding that out, trust me on that one :-).

But that's the way it is. Because that's how it's designed! By law.

Not Even A Little Bit Predictable

Every lottery game is random. Be it Pick 3, 6 from 49 or Powerball.

They are designed to be random. They are verified to be random by auditors and other clever legal types who are paid lots of money. 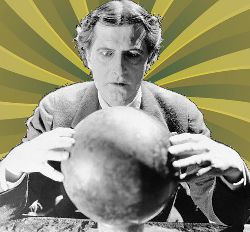 If it was possible to predict even slightly what numbers would be drawn next, that game would not be random.

And lottery games have to be random by law. Do those highly paid executives want to risk being prosecuted for running an unfair lottery..?

Not a chance. They check and triple check everything to keep those balls popping out randomly. Most are Members of the World Lottery Association which upholds the highest ethical standards.

Never give up! Because somebody does win those jackpots.

In fact, dozens of new millionaires are made every week around the world just from playing the lottery.

Here's What Changed The Way I Play

It was one simple little fact I came across that made my brain have a little 'ka-ching' moment.

(That moment is where this site began stirring into life. But more on that later...)

So why do lottery syndicates win more often?

Because they buy more tickets. Simple as that.

Most players only buy a few combinations each draw. Normally less than 10 or so. More than that starts to feel expensive.

But syndicates buy 50, or 100 combinations. Giving them 100 times better chance of winning than nearly every other player! Every single draw.

That's why they win more.

Lots of people get confused about the odds. If you want to delve into my step-by-step explanation read chances of winning the lottery.

Lottery Syndicates Save You Money

But even better than that. Switching to playing in a group typically doesn't cost you any more money.

Because all we're doing is pooling our resources with other people just like us.

Instead of ten people all buying 10 tickets themselves, we've got ten people sharing 100 tickets. Same cost. Much better chances for all.

OK, one fly in the ointment. You have to share the prize money.

Which is why you have to pick the right game. By balancing the jackpot against the number of people in your group. So when you hit the jackpot everyone still gets a genuinely life changing sum after the winnings are shared out.

Alright. A second fly in the ointment.

If you start your own lottery syndicate or office pool, you need someone to be the manager. From experience, I can tell you that managing a syndicate is a thankless task that involves far more work than you would ever think!

Never underestimate the work required to extract small sums of money from a group of people. Even if they already agreed to pay it.

I've spent countless hours listening to excuses for a lack of change and promises of double payment next week. Or 'can they pay using their share of the winnings'. Then there's the requests to change numbers, yet again. Managing people leaving, and new ones joining.

And that's all on top of actually managing all the entries, buying the tickets, checking and collecting winnings, and keeping tracking of it all.

Do you get any thanks for your unpaid efforts. No. Although you will occasionally get blamed if you don't win!

It will save you some money to do it yourself. But personally, I was happy to leave that hassle far behind :-)

Yes, there are people willing to accept all the hassle and just let you be a player. And they range from enthusiastic/crazy individuals, right through to proper companies with offices, staff and phone numbers!

Recognising the pain of finding or managing a group, I put this site together. It serves three main purposes:-

1 To provide lottery syndicate reviews to help you find the best one for you.

2 To help you start and run your own syndicate. It's still painful, but you can ease that pain if you follow our guide.

3 To help players better understand how to win, and how to rise above all the noise and nonsense attached to what should still be a bit of weekly fun. Our lottery tips will get you started on the right path.

P.S. From time to time we release new tools such as our free lottery number generator. Keep an eye out for those.

And if you want to catch up on the latest lottery happenings and winners, take a look at our blog. Or anytime you feel the urge, just drop us a line.

Thanks again for stopping by.