Can they help you win? Do they improve your chances, even just a little bit? Or are they simply wasting your time, and money! 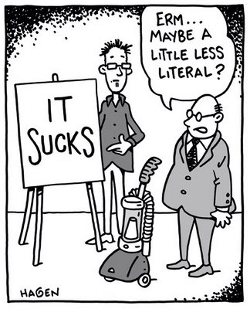 Firstly, let me be clear what I mean by a lottery system. I don't mean a 'system play', which is a common term in some countries for a wheel (or perm) of all the different combinations of a set of numbers. These sometimes appear as an option on lotto playslips themselves.

What I mean by a 'system', is any method or way of improving your chances of winning. But more usually, those books and software programs that make some very big claims about being able to 'beat the lottery'.

Beat The Lottery - Strategy Or Analysis?

Systems tend to be split into 2 main camps.

Strategy is more the big picture stuff. The whole approach to how you play the lottery. It covers the what, how and when - that is, what you play, how you play it and when you choose to play.

This is the nice, clean, clear and honest side of lottery systems.

A lot of people think of strategy as the 'dull' part of playing - but also tend to be the same people who get this stuff painfully wrong. And by painful, I mean it will seriously hurt your chances of winning if your strategy is a mess.

The analysis side is a lot more murky. It normally relies mostly on theories, things that people heard somebody else say worked (anecdotal evidence), and no real proof at all.

It also tends to go hand-in-hand with glossy sales pages, and very dubious claims. The worst of the bunch are quite happy with made up testimonials, fake winners, and a few blatant lies for good measure. So please be careful out there! 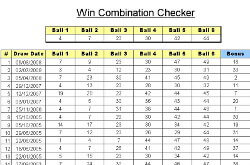 So what do I mean by lottery analysis?

OK. This is where we move from 'Dave and his Excel spreadsheet that tracks his results' - into more complex spreadsheets and software.

And what this normally means is taking sets of past results and applying all sorts of clever maths to them. It could be a full set of past results, or just e.g. the last 20 draws.

The problem with this kind of analysis is that we've lost sight of something very important.

The numbers are totally irrelevant.

No, they really are.

The lottery company put numbers on the balls, not so you can work out deltas, standard deviations and how to eliminate arithmetic sequences.

They put numbers on the balls just so they can work out who won.

It doesn't matter what the relationship between the numbers is at all.

If you're still not sure why the numbers don't matter, read more in Should I Pick My Own Numbers? It's surprising how easily our brains can get misled.

Does sticking a letter over the top of the numbers magically change those 'rules' because they aren't even numbers anymore..?

Yet this is the advice many lottery system creators are eager to sell you.

Have you ever heard of a lottery company being sued for running an illegal draw?

That's because they go a long way towards making sure their draws are legal.

And a legal draw means random enough that people can't predict it.

There is no small print that says 'analysing historical results may give a better chance of winning, but those who choose not to do so waive their right to sue us due to their laziness'.

Yes, I admit, there is some small potential here. A draw machine is probably not 'perfectly' random. But it's good enough to satisfy all the tests and audits. So whilst there is a tiny chance that certain numbers may come out a bit more often than others, the officials are not worried!

If that lottery software really worked as well as they say, then hundreds (even thousands) of people would be sharing the jackpot every week. But that just doesn't happen.

Look Deep Into My Crystal Ball... 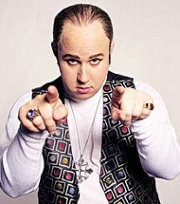 So how can anyone claim to predict a random draw by analysing past results?

Why not try it for yourself with something vastly easier than a lottery.

See if you can accurately predict a coin toss, or rolling a dice, by analysing what happened before.

But what about a lottery where the odds are typically 1-in-13 million?

If enough people use the software, occasionally some of them may get some numbers right. But how is that any better than pure luck? And why doesn't it work for everyone, all the time?

Maybe the real winner is the guy selling the software. The one who collects another payday every time another victim buys it.

Do All Systems Suck?

No, not all of them. But if a system is based on avoiding 'bad combinations', then yes, I'm afraid it really does suck. Or if it's based on applying rules about the way numbers are related to each other ('avoid all even numbers' etc), then yes, it really sucks.

But if a system is based on strategy, then it's probably worth a closer look. Particularly if you're not sure you've got the big picture right!

If it's about analysing past results to pick better numbers, then it probably sucks - but there might be a grain of truth to it. And a vague chance it could help - you'll just never really know if it is helping!

If you're thinking of buying a lottery system you've seen, you can always contact us first for a second opinion. If it's a waste of your money, we will tell you!

How To Play Euro Millions?
What Is A Lottery Syndicate?
What Countries Play EuroMillions?
EuroMillions UK Millionaire Raffle: How Does It Work?
How Do You Avoid Combinations That Will Never Win The Lottery?